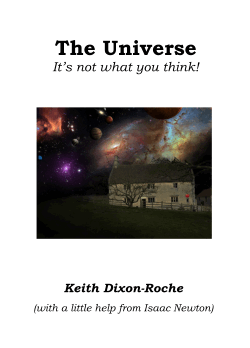 How it really works!

The universe is nothing like the model we have been sold over the years. It is so much simpler.

Apart from Max Planck's contribution, all the information to describe the workings of our universe accurately was available before the beginning of the 20th century. It, and everything in it, works according to Isaac Newton's laws of orbital motion.

This book is a narrative (non-mathematical) explanation of our universe - including everything in it from the atom to the 'Big-Bang' - and the way it works. It describes the energy that created it, the energy driving it, the energy it generates and where it stores its energy for the next 'Big-Bang'.

Whilst this book is non-mathematical, everything in it has been mathematically proven.
The maths and the physics are provided in the following supporting publications:
PHILOSOPHIÆ NATURALIS PRINCIPIA MATHEMATICA; Rev IV
The Atom
The Life & Times of the Neutron
The Physical Constants
Theory of Spin