The Astrolens (its cause and effect)

The term astrolens is more popularly known as microlens, which is a little misleading, it would seem more appropriate to call it a 'macro', 'halo' or 'anulus' lens.

What is referred to as a microlens is caused by the magnetic (gravitational) deflection of light (Fig 1) radiated by a source situated behind (hidden by) a star you are observing (Fig 2). Its effect will be of the observed star surrounded by a ring of light (Fig 5a). 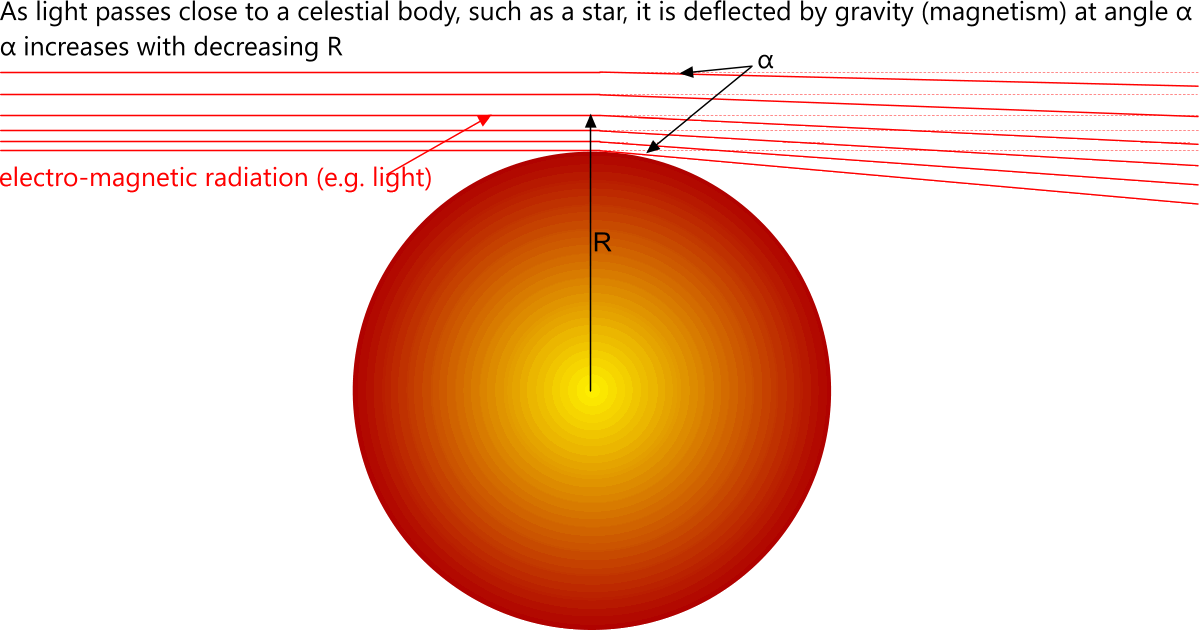 It is important to understand that this phenomenon has nothing to do with Relativity. It is a perfectly natural event caused by the deflection of electro-magnetic radiation passing close to a large body, such as a planet or star. To make this phenomenon work using his own formulas, Einstein had to deform space/time around celestial bodies. If his theories are used without deforming space/time, the microlens would appear inside the observed star. Moreover, this phenomenon was originally predicted by Orest Khvolson and Frantisek Link, not Einstein.

Fig 2. The MicroLens Model: from the observer to the source

We shall refer to your eye as the observer, the source as star 'A' and the intermediate (or blocking) body as star 'B' (Fig 2)

Light from 'A' is radiated in all directions. If it wasn't blocked by 'B', it would appear to the observer as a normal star because all of the light that reaches the observer will travel in a straight-line, just as occurs with the light from 'B'.

However, you would not expect to see 'A' because it is hidden behind 'B', which you will see exactly as it is; a circular body (e.g. a star)

So why doesn't this phenomenon appear to occur in our everyday life? For example; when looking towards an object (a source) that is blocked by another, microlensing doesn't appear to occur because the magnetic charge (gravitational energy) in the blocking object is insufficient to noticeably deflect the light radiated by the source. But it is there, it is just too weak to generate a visible microlens.

Fig 3. One plane of light deflection from the source

If 'B' is a dead star or galactic force-centre, the inside of the microlens will appear all black (Fig 5b).

Fig 4. Lensing makes a star appear larger that it really is to an observer

Another manifestation of this phenomenon is for a smaller, hidden star to appear larger than the star in front of it. Exactly the same light deflection is taking place here but the bodies concerned are much closer together; e.g. one of them is in orbit around the other (Fig 4).

In this case, 'R' will be significantly less than above (Fig 3) and the deflection much greater. And whilst the same lens will appear around 'B', it will appear at its surface, giving the appearance of a larger star behind it. In this orbital situation, one of the stars concerned is invariably dark, which is due to one of the bodies being a large planet, or a dark star.:

In 1784, John Goodricke discovered the [supposed] binary nature of the star originally named Algol. As one of the binary stars passed in front of the other, their combined brightness dimmed, revealing two important facts:
1) One of the stars was bright (hot) and the other was dark (cold)
2) Only the bright star was a force-centre for an orbital system

The dark(er) star (or large planet) is actually in orbit around the bright-star but has no significant satellite population of its own, so it cannot generate internal heat.
Once a star (force-centre) has acquired its satellites, it can trap a twin but it will not share its satellites, reinforcing the fact that stars generate their own internal heat from their satellite population.
Therefore, in the case of binary stars, if a smaller bright star passes behind a larger dark star lensing will still occur, but the entire centre of the ring will appear dark (Fig 5c). 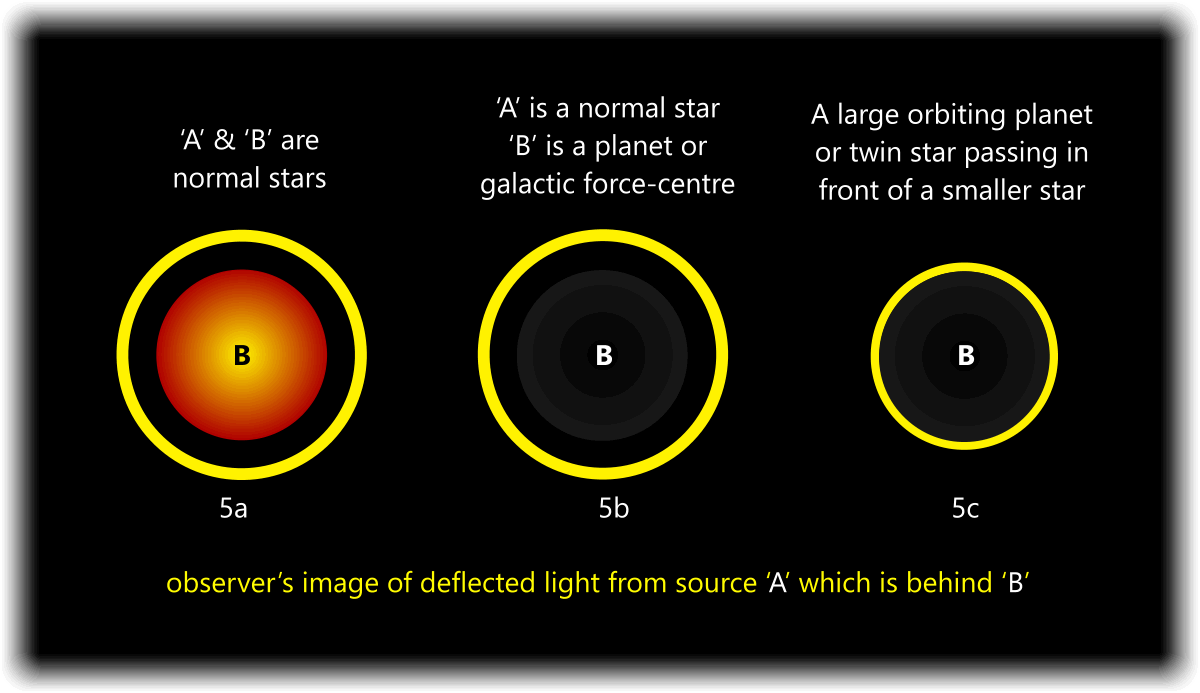 Fig 5. Images of lensing seen by an observer