The Earth's Magnetic Field (its cause)

The following analysis, which was released by Keith Dixon-Roche (one of CalQlata's Contributors) on the 15th of February 2018, describes the cause of the earth's magnetic field and its mantle plumes.

Since completing spin theory, the generation of the earth's magnetic field and its mantle plumes has become obvious. This also applies to the magnetic field of all force-centre/satellites.

Earth and its Moon

Its lunar orbit is already tilting the earth's spin axis at a nominal angle of 24.3°
But conflicting forces induced by its stellar orbit are causing this tilt to fluctuate. Whilst this too will 'wobble' throughout an entire planetary orbit, it can be estimated mathematically.

The angular tilt (α) between the two axes can be calculated using the following formula:

α's positive value, together with the right-hand-rule provides the correct orientation for the earth's magnetic field.

Fig 1. Angle Between Spin in the Earth's Core and its Mantle (α)

The above figure is a nominal value and will vary as the gravitational forces of sun, the moon and the other planet's vary. It will also vary from North Pole to South Pole when the earths core is pulled off-centre by the opposing forces of our sun and our moon.

Earth With No Moon

With no moon, there would be insufficient energy to drive the continental plates and the magnetic field would reduce to almost nothing as there is unlikely to be sufficient internal heat to provide a molten outer core/inner mantle. 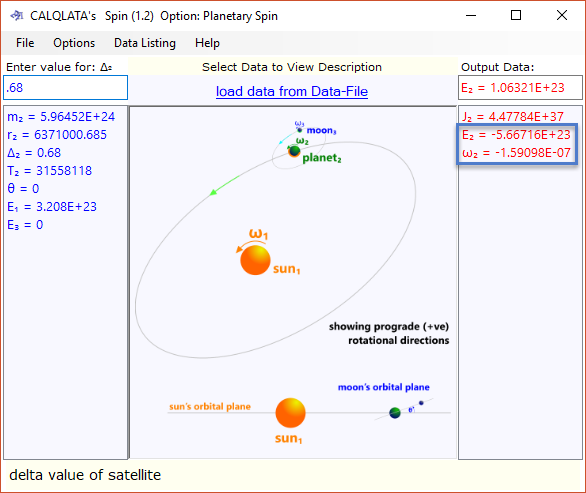 Fig 2. Planetary Spin Characteristics of the Earth with No Moon

What is more worrying is that the spin induced in the earth by our moon and our sun will not be the cause of magnetic reversal unless the moon changes direction (highly unlikely) or the sun reverses its spin (even more unlikely). Something external to the earth (extraterrestrial) must therefore cause this to occur every million years or so.

Remember; The Milky Way is just a large solar system, it too will have orbiting comets and many of these could well be planet or even star-size. If one of these passes through our solar system it could well be responsible for flipping the earth and maybe causing damage to other nearby planets.