Isaac Newton's orbits have been around for more than 300-years, yet even today, they are little understood.
Their dimensional properties are dependent solely upon the mass of their force-centres; i.e. they are independent of their satellite mass.
Each orbit is eternal and consistent, but only in a perfect vacuum, which is the case in outer-space (see Dark Matter). 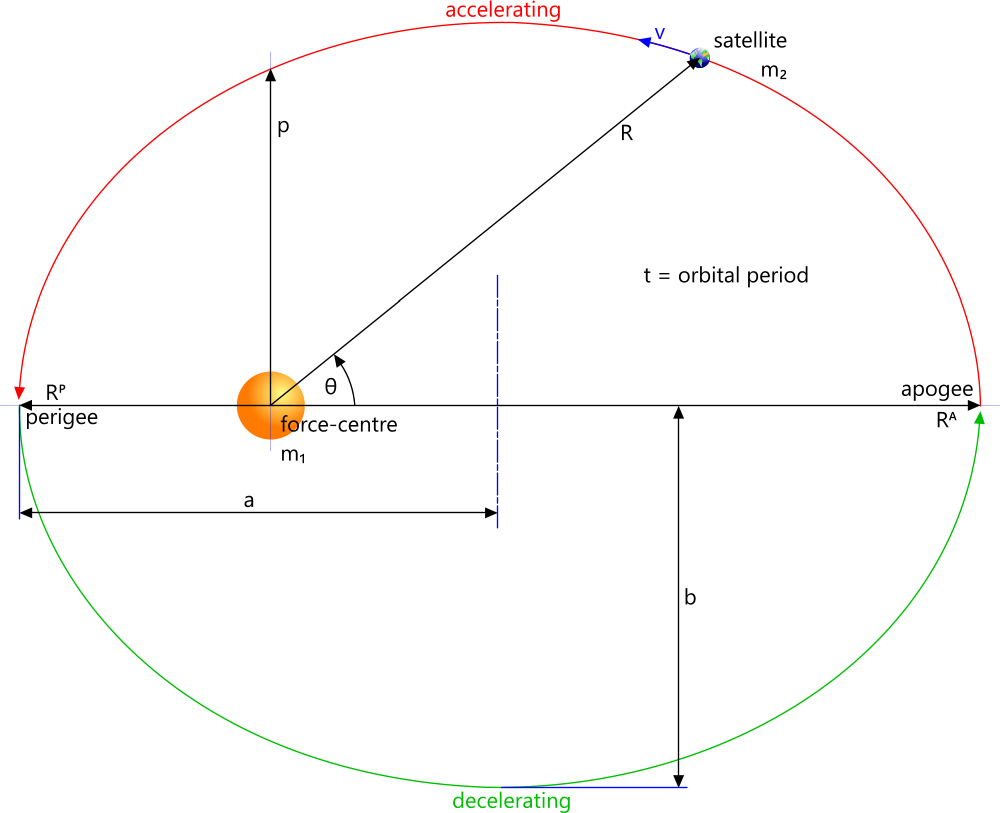 The constants in the red boxes are factual. Whilst you can modify them, you should not do so.
Select the celestial bodies from the dropdown lists, or alter input variables to anything you like.
Then 'Click to Calculate'.

Individual drop-down lists are provided for mass, period and perigee to allow you to put, say; Jupiter (mass) in Earth's (period & perigee) orbit to see what happens to the calculations. You will, of course, notice that the dimensional properties don't change!
Whilst the blue input boxes display the mass, period and perigee radius of the planet or force-centre selected, you may overwrite this data with any preferred value and recalculate.
Press 'F5' to reset data.

The above 'potential' values ('g', 'F' & 'PE') act in a straight-line between a satellite and its force-centre.

Here are a few notes concerning the above calculations:
1) We have used NASA's data for our pre-set values for the solar-system galactic force-centre and satellite perigees and orbital periods, but they are a little out. You will notice that whilst the total energy (E) is identical at the orbital perigee and apogee, it rises (or falls) very slightly between '0°<θ<90°' and returns again between '90°<θ<180°'. You will also notice that this variation differs (slightly) for each satellite.
This is how we know that the calculation is correct (the total energies are identical at the perigee and apogee) but the data is not; the total energy varies (very slightly) between the major and minor axes but unequally for each satellite.
2) You will notice a celestial body called Hades in the list of force-centres. This is the name CalQlata has adopted for our Milky Way galactic force-centre, for reasons of brevity. Its perigee and orbital period are based upon NASA's data, but its mass has been calculated (by CalQlata) using Newton's laws of orbital motion. It is not included in the satellite lists because Hades is not a satellite; it is travelling away from the last 'Big-Bang' in a straight line.
3) All of the theory used here can be studied in Laws of Motion.

A full, downloadable version of this calculator is available from this website at; Newton.

Return to the top of the page